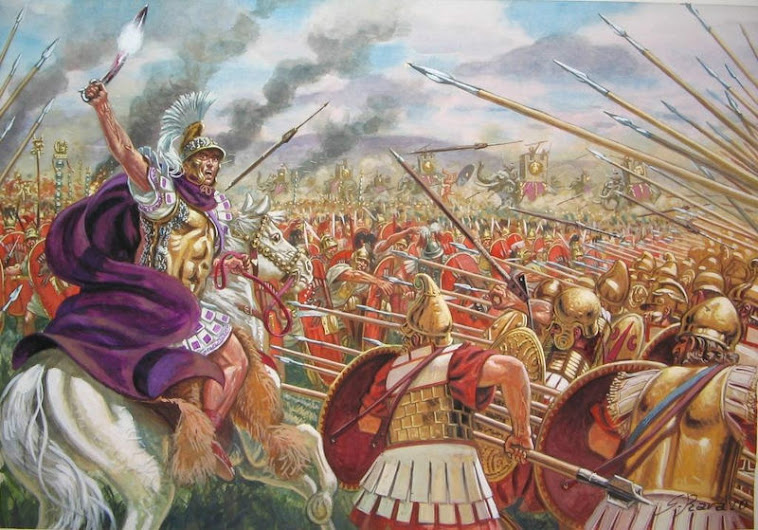 Phalanx units, just like buses, wait ages for one, then two turn up at once!!! 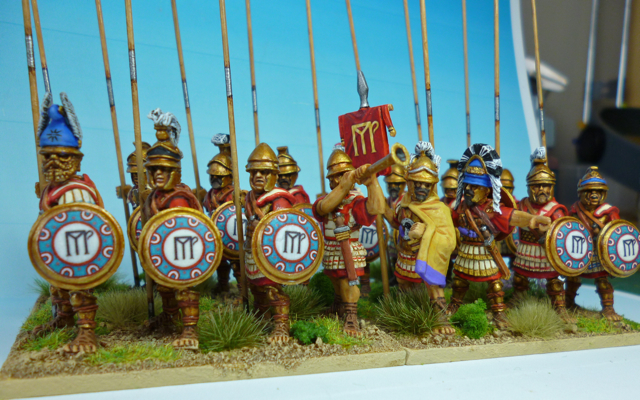 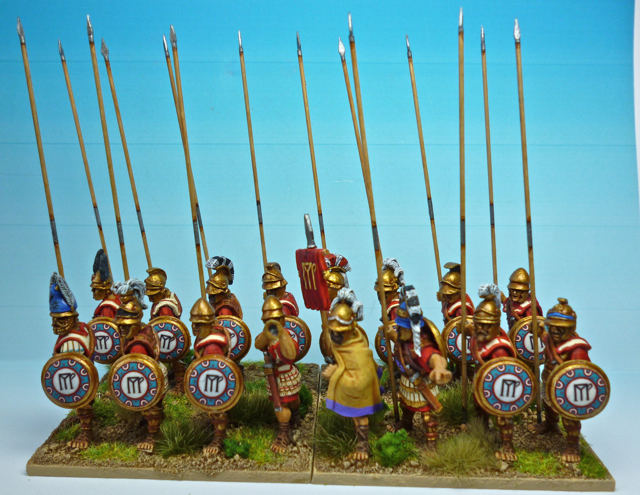 Epirotes ths time, and this lot are all my own work!! 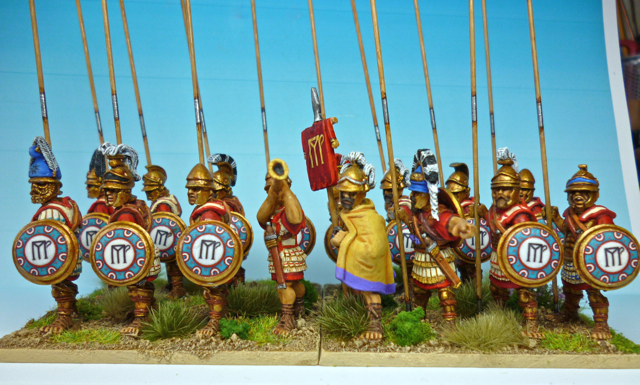 They do like good when combined with the Macedonians. 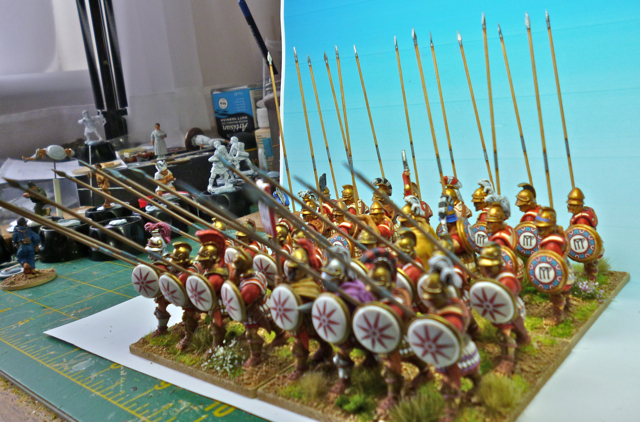 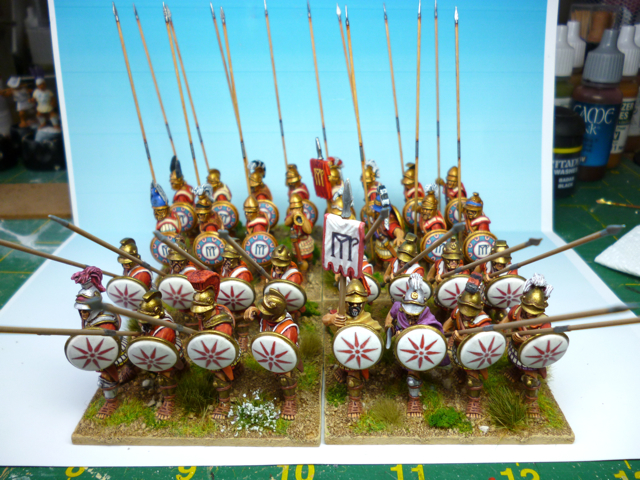 Really pleased with how these two units have turned out.
Now back to work, and its Cavalry,Elephants and Cretan Archers next.

Doug came over on Saturday, and presented me with a box of beautifully painted Phalanx. I got to work basing them up, and, hey presto, the first of the Phalanx Units for my Impetus army. 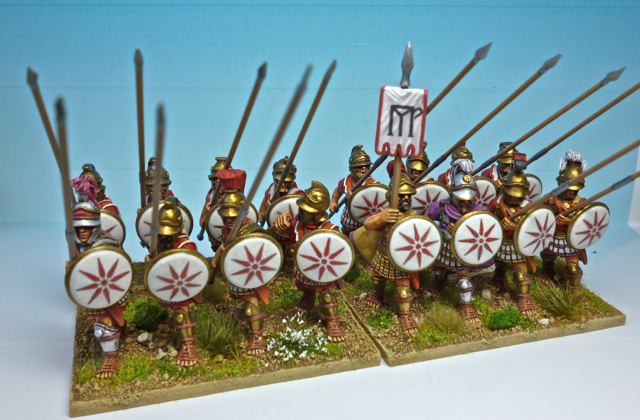 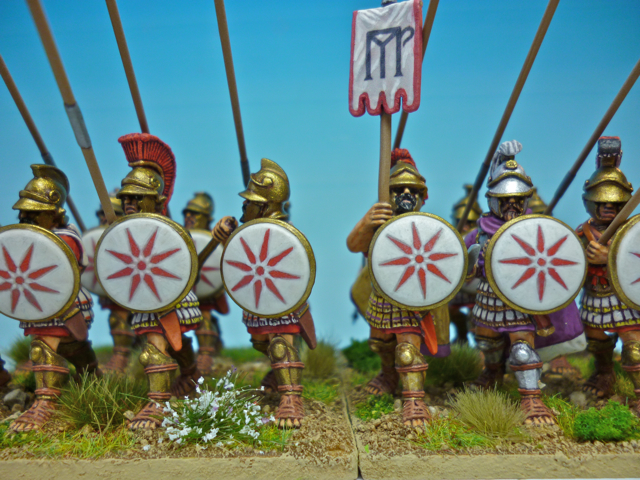 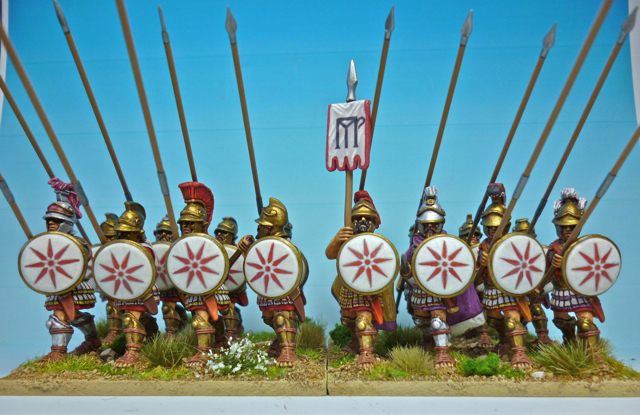 I reckon he did a fantastic job on them, and I'm dead chufed with the way they turned out.
Posted by NigelH at 09:29 3 comments:

Wanted to use this Vexillia for one of my Phalanx units 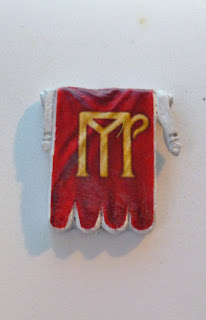 Until somebody said it looked a bit like this 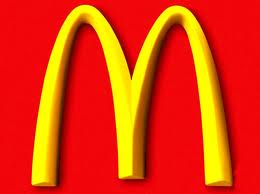 Back to the Drawing Board!!!!

Aventine have released some new cavalry packs for their Pyrrhic range. There are 5 new packs in total.
I had a little cash to spare, so decided to order up enough packs to make up two Impetus size units.
Here's a short review of the packs I got. 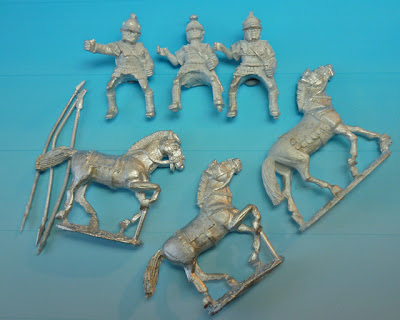 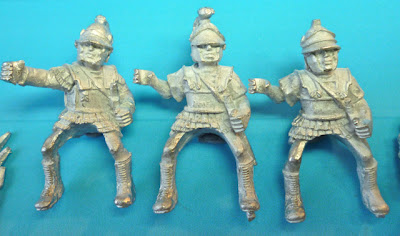 This pack contains three figures, three horses, and three spears/ xyston. The models are well cast, and virtually free from flash, only requiring a small clean up of some very minimal mould lines.
They are perfect for use as Greek style heavy cavalry supplied by the likes of Thesally. The riders are wearing Linothrax syle armour, which is well defined, a good selection of different helmet types, and as seems to be the standard with Aventine, all the detail is crisp, and clear, making the models a joy to paint.
I will be arming my chaps with javelins, rather than the Xyston, so the supplied weaponry will get replaced with some home-made brass rod weaponry. The supplied weapons are OK, I tend to replace them with brass rod ones, as they don't get bent so easily.
I'm combining this pack with the Italian cavalry command pack (PYR01a) to make up a Thessalian cavalry unit for the Impetus army. 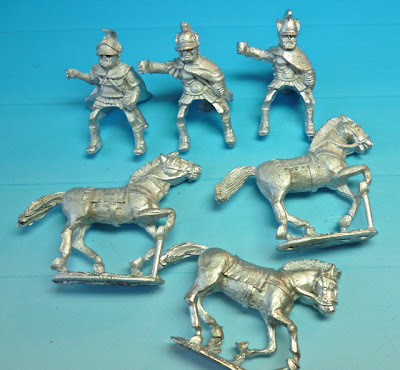 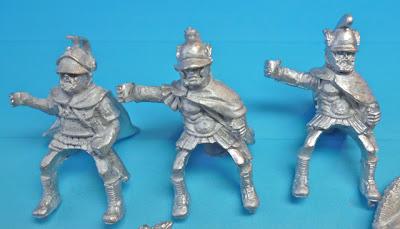 This pack will be used to make up the Guard cavalry unit in my army. As before the pack contains three figures, three horses, and three lance/xystons. The models are cast to the usual high standard, two of them wear the short cavalry muscle cuirass, the other has a Linothorax. All three have cloaks. two models have a long sleeved tunic, the other wears a short sleeved variant. These lads will get a more lurid paintjob, to reflect their higher status!!!
I will be making my own Xystons to arm them with, nothing wrong with the supplied weapons, I prefer to use brass rod ones. 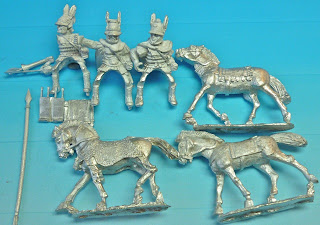 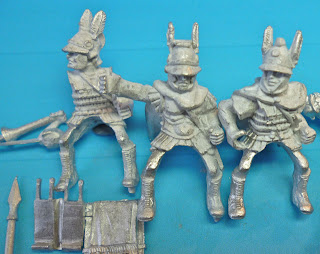 Once again, the pack contains three figures,  & three horses, you also get two Vexilla type standards. Cast to the "Aventine Standard" ( you know the score gents!!) Two figures are cloaked, and the trumpeter has no cloak. Two models have lammelar armour, the other has the muscle cuirass. The trumpeter has a seperate arm. I will be adding these to the previous pack (PYR14) to make up the Agema unit in my army.

The Horses
These packs contain some new horse sculpts, the new sculpts are very nice, and have a good selection of poses, and tack. I hope they are made available as seperate items to buy.

All in all, yet another cracking release from Aventine,ordered and delivered within 3 days, and useful for other Sucessor type armies as well. I will reccomend them without any hesitation at all.

Another Box Of Pike!!! 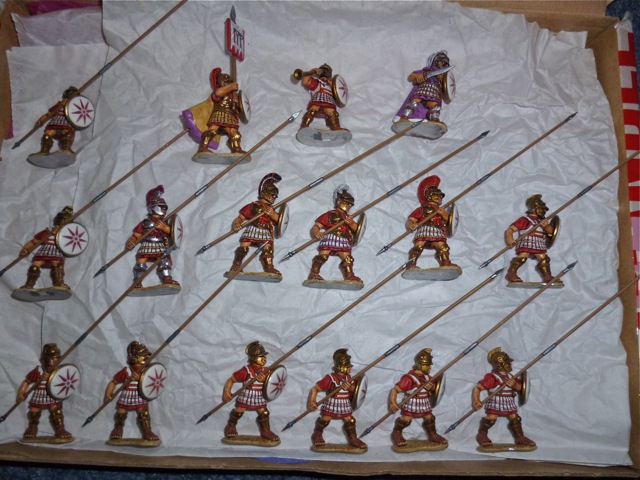 Doug handed these over to me last night, he has done a fantastic job on them, they put my own feeble efforts to shame!! Will get them based up, and some decent pics taken
Posted by NigelH at 22:58 No comments: 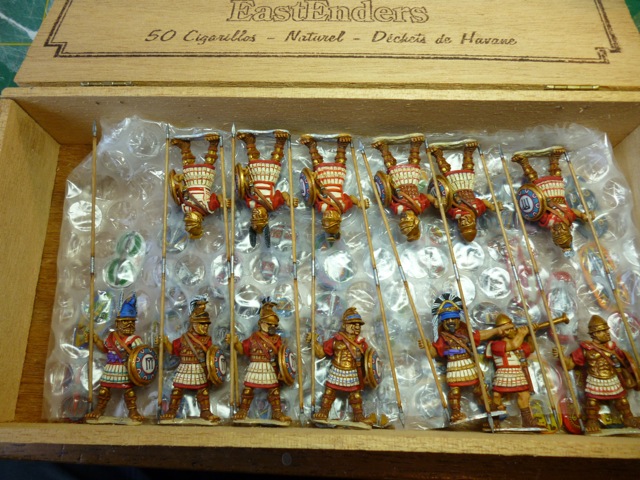 Only another three figures to add, and its basing time!!! Hurrah.
Also waiting another another Phalanx from my good painting mate Doug Powell. Full pics once both Phalanxes are based up. 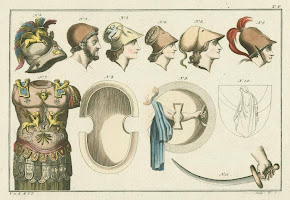